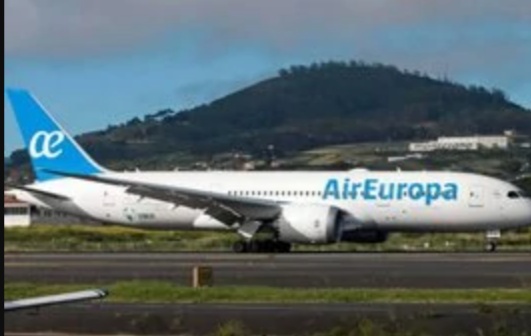 The world's first batch of non-fungible token (NFT) airline tickets was launched by Air Europa, one of Spain's biggest airline companies, in collaboration with the blockchain business TravelX. On November 29, 2022, those who purchase such artifacts will fly on a special aircraft between Madrid and Miami.

NFTs the Next Big Thing

NFTickets, a new feature on TravelX's platform, will be available for purchase. The initial auction took place on April 11th, and the process will be repeated every two weeks

The tickets are non-fungible tokens, according to TravelX. The blockchain is used to record transactions when they are made. Holders will receive a matching flight ticket if they exhibit the collectibles.

Buyers will be able to "hold a piece of travel industry history and participate in the first-ever blockchain-backed flight," according to Air Europa and its partner. On November 29, 2022, it will take off from Madrid and land in Miami.

This initiative, according to Carlos Betancourt, the artist who designed the artwork, is an experiment with the borders of art and technology.

“The animated artwork is inspired by concepts of space, magical realms and travel experiences, as well as by the memories and feelings these experiences evoke,” he said.

On Algorand's blockchain, non-fungible tokens are minted. TravelX Co-Founder Facundo Diaz lauded the ecosystem for its environmentally friendly approach, noting that it is carbon-neutral.

“We will blend the best of the traditional NFT but add real-world application and experience. This provides a better flight ticket that travelers can easily manage and trade from their blockchain wallet, combined with a new kind of collectible art piece. We believe NFTickets will be the perfect fusion of art, travel, and technology,” the executive ended.

The Interaction of Cryptocurrency with the Airline Industry

S7, Russia's premier private airline, signed a contract with the financial institution Sberbank over two years ago to use blockchain technology and sell aircraft tickets for tokens. The infrastructure was provided by the bank.

According to estimates, the project manages ticket sales and reduces a conventional procedure's processing time from 10 days to 20 seconds.

In other news, Venezuela's Simon Bolivar International Airport has announced that it will accept bitcoin as a form of payment for airline tickets. The airport's director, Freddy Borges, claims that the decision will encourage more tourists to visit the South American country, boosting the economy.

“Just as Russian passengers arrived in Margarita, they will also come to La Guaira, through Conviasa, so we must advance in these new economic and technological systems that can be accessed,” he mentioned last year.