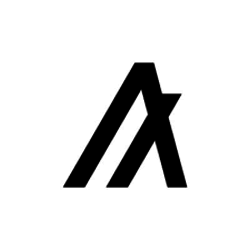 FIFA has announced that it has entered into a technical and sponsorship agreement with the popular blockchain project Algorand.

Algorand will become FIFA's official blockchain and official wallet blockchain wallet solution as a result of the deal.

Algorand will become a FIFA 2022 World Cup regional supporter throughout Europe and North America, as well as a supporter of the Women's FIFA World Cup 2023 in Australia and New Zealand, as part of the relationship.

According to the announcement, Algorand will provide technical assistance to FIFA in order to help the world football governing body develop its digital asset strategy, and FIFA will return the favor by offering lucrative opportunities such as widespread promotion and advertisements for sponsorship assets.

FIFA's Chief Business Officer, Romy Gai, said the agreement represents a watershed moment in the organization's history since it gives the international football governing body the right opportunity to dive into the realm of cryptocurrencies and investigate the prospects connected with the asset class.

“At FIFA, we must constantly strive to identify and explore the most cutting-edge, sustainable and transparent means of increasing revenues to continue to support global football development. Algorand is clearly a forward looking, innovative partner that can help us achieve these goals,” Gai said.

The team behind the popular blockchain, according to Silvio Micali, founder of Algorand, has been focused on inventing solutions that promote openness, inclusion, and possibilities for all, adding:

“This partnership with FIFA, the most globally recognized and distinguished organization in sports, will showcase the potential that the Algorand blockchain has to transform the way we all experience the world’s game.”

Meanwhile, the price of ALGO, the Algorand native cryptocurrency, has risen dramatically as a result of the event.

Since its inception, Algorand has dominated the market.

Algorand, which was founded in 2019, has quickly gained a name in the blockchain space, prompting significant organizations to form strategic agreements with it.

Over the years, Algorand has grown to be a popular blockchain for more than 200 global businesses, who have continued to use the network's technical prowess for various projects.

The Canadian SailGP team announced a partnership with the Algorand Foundation to build a brighter future through sporting activities, as previously reported.

The Algorand Foundation announced incredible achievements in terms of acceptance and increased activity on the blockchain in March, after the network had experienced zero downtime in the previous three years.