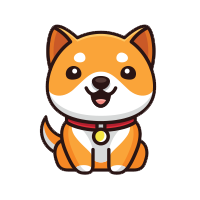 The Baby Doge army has raised $400K by selling their most recent NFT collection. Dogs and dog rescue organizations will benefit from the funding. BabyDogeCoin and the Animal League's mobile adoption unit have teamed up to promote dog rescue in the neighborhood.

On May 7, 2022, the 'BabyDogeMobile' will be at Wollman Rink in New York City for the ADOPT-IN-THE-PARK event. The BabyDogeMobile will have the BabyDogeCoin logo on it for rescue purposes. This will display the Baby Doge token's happy face, indicating that the rescued pet is in good hands.

Baby Doge's NFT collection was launched on April 20 for whitelisted users ahead of a public mint, according to sources. The collection includes of 10,000 unique Baby Doges created using 200 different attributes such as eyes, headdresses, clothing, and more. The Interplanetary File System hosts each token, which is held on the Ethereum blockchain as an ERC-721 token (IPFS).

In June 2021, Baby Doge was born on the Binance Smart Chain with the purpose of saving as many pets as possible. Several dog rescue organizations were tagged on the project's social media account.

Supporters of the meme-inspired cryptocurrency launched a campaign earlier this year to get the token listed on leading cryptocurrency exchange Binance, which was successful. Users were encouraged to share their requests and concerns in the hopes of seeing some of them fulfilled. It has yet to be listed on Binance.

In the sense that it is supposed to grow scarcer over time, the cryptocurrency is "hyper-deflationary." Every transaction on the Baby Doge network incurs a 10% charge, of which 5% is distributed among token holders and the other half is added to its liquidity. As a result, Baby Doge holders immediately obtain more tokens.

The cryptocurrency project just celebrated its 11th month by burning four quadrillions of Baby Doge tokens. More than 45 percent of the cryptocurrency's supply has already been burned as a result of the joyous move.