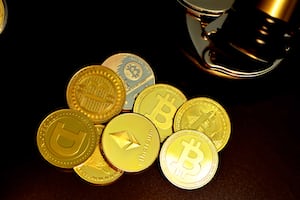 XP Inc., a Brazilian investment management firm, is said to have partnered with Nasdaq to establish a cryptocurrency trading platform. It's called XTAGE, and it'll be available by the end of June. Investors will be able to buy and sell bitcoin and ether at first.

XP Considers the Next Five to Ten Year.

XP Inc., the country's largest broker, is the most recent company to enter the crypto market. According to sources, the firm teamed up with Nasdaq to establish XTAGE, a digital asset trading platform. It'll be fully integrated into the XP ecosystem and ready to use by the end of the month.

Users will be able to exchange the two most popular cryptocurrencies by market capitalization – bitcoin and ether – at first. XP clients will have immediate access from the firm's application, according to CFO Bruno Constantino. It will eventually be open to outside investors.

The Executive said that "where the market is [in terms of pricing] is irrelevant to the launch of the exchange:"

“The timing of the launch is linked to the development of a platform with security, scalability, and speed for the client.”

Lucas Rabechini, Director of Financial Products, also commented on the collaboration. He claimed that the current state of the bitcoin market is irrelevant to XP. According to him, the specialty has the potential to grow, thus the broker is concentrating on the next five to ten years.

According to Roland Chai, Nasdaq's Executive Vice President, the partnership with XP could provide greater access to crypto services and open up new options for Brazilian investors:

“Nasdaq’s robust and flexible infrastructure technology, designed to meet market demands as well as current and future regulatory frameworks, will allow XP to reliably scale its platform and introduce new asset classes as it grows and evolves.”

Nubank, Brazil's largest digital bank, partnered with Paxos Trust to introduce crypto services earlier this week. The sector is a "growing trend in Latin America," according to CEO David Vélez, who believes it will have a "transformational impact on the region."

The bank, based in Sao Paulo, is one of South America's premier fintech organizations. It has offices in Buenos Aires, Mexico City, and even Berlin, Germany's capital. Nubank has approximately 50 million customers and is worth more than $55 billion.