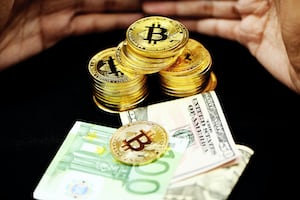 Cuba appears to be headed in the direction of greater crypto usage. Following the recognition of cryptocurrencies for transactions by the Banco Central de Cuba last year, the central bank has published new laws requiring crypto service providers to get licenses.

According to a statement released by the BCC on Tuesday, digital asset service providers wishing to do business in the Caribbean island must first seek a license from the central bank. It comes as crypto use in the region continues to rise. The BCC would examine firms for license based on the following metrics, according to the statement:

“The Central Bank of Cuba, when considering the license request, evaluates the legality, opportunity and socioeconomic interest of the initiative, the characteristics of the project, the responsibility of the applicants, and their experience in the activity.”

The new legislation comes after the apex bank recognized cryptocurrencies in September of last year, allowing people to utilize them for transactions and investments. However, the BCC warned at the time about the inherent risks that consumers faced when using the technology, including risks to the country's overall financial stability.

According to the BCC's press statement, the new policy will take effect in May. According to the statement, all licensing applications will be assessed within 90 days, following which they will be granted or denied. The authority also stated that those who do not follow the terms of their license will be subject to legal consequences.

Furthermore, licensed businesses are prohibited from ceasing operations unless the BCC has given its approval. The license would allow the digital services firm to operate in the country for a year, with the option of an extension at the conclusion of the period.

Crypto As A Liberation Tool

Cuba has been subjected to repeated US sanctions as a communist state over the previous 60 years. Sanctions have effectively cut the island nation off from global financial services, making international trade and remittance difficult.

The government's recognition of cryptocurrencies, on the other hand, may shift the narrative. Residents can now effortlessly send and receive payments across borders using cryptocurrencies.