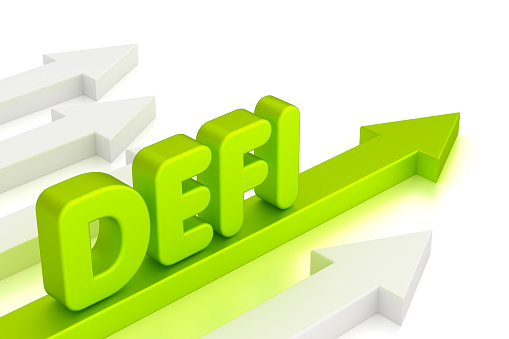 The consequences of one of the worst weeks in crypto history are still being felt, and the DeFi sector has taken the brunt of the losses.

DappRadar, an industry analytics business, just released a study on the situation, and it doesn't seem good. DeFi's total value locked (TVL) has dropped more than 40% in the last seven days, according to the corporation.

According to the report, the slump was caused by investors converting tokens to stablecoins in order to cash out in fiat. The enormous drop in token prices, on the other hand, would have had an influence on TVL, a dollar-based metric.

DappRadar reported a nominal TVL of $83.4 billion at the time of writing, a drop of 48 percent since the start of the year.

Investors are spooked by Terra Fallout.

The collapse of the Terra stablecoin and its LUNA token, according to the study, sent shockwaves through the DeFi ecosystem.

“Amidst massive concerns for Terra, UST, and LUNA, traders appear to be getting spooked and moving large quantities of stablecoins out of protocols.”

This is in contrast to what occurred during the previous weak market in 2018, when crypto lending methods functioned admirably.

The UST debacle has also impacted DeFi lending, as the stablecoin's demise has raised doubts among investors and authorities about the viability of such assets. At the time of writing, UST was trading at $0.145, while Tether, the world's largest stablecoin, was also trading at $0.145.

This week, Circle's USDC looks to have escaped uninjured, momentarily trading above its peg. USDC trading volume has skyrocketed in recent days, reaching at around $25 billion on May 13, according to DappRadar. The stablecoin's typical daily volumes are over $5 billion, it said, before adding:

“The future of stablecoins has been thrown into doubt, but it is well worth remembering that, unlike UST, which is backed by crypto assets, the majority of stablecoin assets are backed with more tangible support.”

DeFi-related tokens have lost 47 percent in the last seven days, according to CoinGecko. Last Monday, the entire market cap of all DeFi coins was close to $100 billion. It is now only $52.7 billion, and most of them are still engulfed in a sea of crimson.

The price of key lending protocols' tokens has plummeted in the last week. According to DappRadar, AAVE has decreased 38 percent this week, KAVA has down 45 percent, and COMP has declined more than 32 percent in the last seven days. Furthermore, both Chainlink's LINK and Uniswap's UNI have lost roughly 34% in the last week.