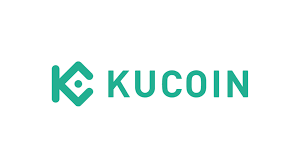 The KuCoin exchange has added $OVR to its current listing. KuCoin users can now purchase and trade $OVR in large volumes. The trading pair will be available starting April 28, 2022, at 10:00 AM UTC, under the symbol OVR/USDT.

The $OVR team is pleased to announce their current KuCoin exchange listing. In brief, this listing will allow users to purchase and sell $OVR tokens on one of the largest crypto exchanges in the world.

The $OVR coin, developed by the Over the Reality (OVER) team, is the newest addition to KuCoin's roster. Users can deposit their $OVR tokens to the exchange via the supported ERC-20 network, which is listed under the OVR/USDT trading pair.

To emphasize, OVER is steadily gaining traction as the metaverse's future of augmented reality. They also have an active IBCO Voting Proposal underway, where $OVR users can vote to improve the project's token liquidity mechanics.

Diego Di Tomasso, co-founder of OVER, had this to say regarding the KuCoin listing:

"We’re proud to be listed on KuCoin, Tier1 exchange ranked in the top 5 list from CoinMarketCap. Another important step for the growth and accessibility of the OVER platform."

He goes on to say that Kucoin is one of the most prominent cryptocurrency exchanges in the world. In fact, CoinMarketCap has constantly put the site among the top five exchanges. Tomasso, in particular, emphasizes how the OVR token listing marks the team's official entry into the Tier 1 exchange scene.

Similarly, he claims that the fantastic onramp that helps the onboarding of people unfamiliar with direct blockchain contact is another significant success for OVER on the route to mass adoption.

So, why are crypto projects changing their focus to exchange listings? More coins listed on an exchange appear to have a better chance of evolving and being adopted by a worldwide, diversified userbase.

Your coin's listing allows it to be used and increases its acceptance and worth on a larger scale.

The utility of listing tokens on an exchange is that it enables a project universal access to its tokens. As a result, all market participants can profit from the advantages they provide.