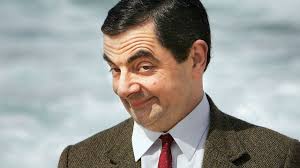 Mr. Bean NFTs are being released by one of the largest Web3 and Metaverse leaders.

FOMO stands for "Fear Of Missing Out" in the crypto realm, but there's also a company named FOMO Lab that focuses on Metaverse and Web3 development. FOMO Lab is active in NFT projects, with the most recent one involving the one and only world-famous Mr. Bean.

According to a press release, FOMO Lab will cooperate with Banijay to mint 3,333 Mr. Bean NFTs. In the NFT sector, Banijay is currently the most popular entity for producing and distributing content. The Avenue, a content marketplace operated by FOMO Lab, will then sell the minted one-of-a-kind items. The sale will begin on May 25th, and the trading currency will be Ethereum.

What You Get When You Buy Mr. Bean NFT

FOMO Lab is reportedly planning to use a new type of business model in which the digital and physical worlds are combined to create a physical product. As a result, everybody who purchases Mr. Bean NFTs will be eligible for actual rewards, exclusive competitions, hand-drawn still images of Mr. Bean from the first series, and other redeemable prizes. The sales and more NFT decreases will last until the end of 2022.

"I think that this is a great idea. Any initiative which not only draws attention to but actually enables access to the fabulous artwork associated with the Mr. Bean Animation series, I welcome with open arms," Mr. Bean (Rowan Atkinson) said.

Rowan Atkinson, the principal actor on Mr. Bean as well as the show's co-creator, stated his enthusiasm for the initiative. He emphasized the joy of being able to have the "beautiful artwork linked with the Mr. Bean Animation Series."

According to Banijay CEO Owain Walbyoff, the Mr. Bean NFT project is a significant step toward achieving the Metaverse's genuine worth and safeguarding the company's brands' future value. Those that purchase Mr. Bean NFTs will be among the fortunate few, especially given the character's popularity and global following, not to mention the physical prizes included in the bundle.

The FOMO Lab is still growing.

FOMO Lab isn't the only company to work with Mr. Bean and Banijay on a project like this. Heavyweight boxer Tyson Fury, entrepreneur Roland Berger, cyclist Mark Cavendish, and the Middle East and Film Comic Con have all collaborated with the company (MEFCC). One of Tyson Fury's NFTs sold for $987,000. This was FOMO Lab's largest scoop.