Op-Ed: South Korea’s new president aims to take crypto to the next level 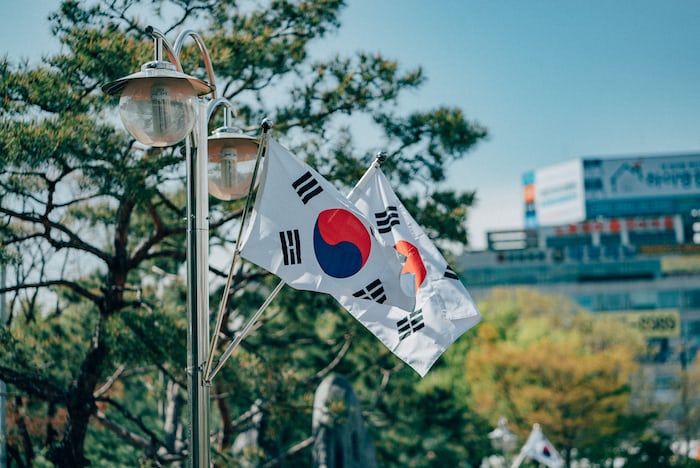 The recent revelation that South Korea's future president plans to promote the country's crypto business is great news, especially given the country's economic power, both regionally and worldwide.

President Yoon Suk-Yeol intends to increase the current cryptocurrency tax threshold from $2,000 to over $40,000. In a country where Koreans spent over $43 billion in crypto assets last year, incumbent President Moon Jae-in missed an opportunity to move the country ahead with a more positive crypto policy.

Younger investors, for example, submitted a number of petitions in April 2021, claiming that crypto assets were taxed at a lower rate than equities. Now that they've won, their voices are being heard, which I think is fantastic news for the crypto sector as a whole, as well as for this new generation of investors. However, as someone who has been following the Korean market since 2017, I know that while the findings from Yoon's Presidential Transition Committee are welcome, what counts most is what occurs when the new president takes office on May 10.

There's a chance the incoming administration will limit access to ICOs, IEOs, and STOs to accredited investors with a specific level of income. The announcement of a new Basic Digital Asset Law, which will allow for the recovery of cash lost as a result of unlawful trades and frauds, is certainly welcome. However, a balance must be struck so that the younger generation of investors in their 20s and 30s, who account for about 36% of the market, feel invested in the new system.

I should also mention that play-to-earn games remain illegal, and there are no plans to change that. So it's a little ironic that the latest $620 million Axie Infinity breach was allegedly carried out under the North Korean government's auspices. While South Korea and the United States are aiming to collaborate more closely on cybercrime, there is a possibility that the United States will try to compel South Korea to adopt a more heavily regulated approach to cryptocurrency that is more in line with evolving US policy.

Will the promise of a burgeoning NFT market come true?

I do believe that the market for NFTs in South Korea will expand in the future. And I believe that this provides a window of opportunity for the next government to take a more positive stance. The Financial Services Commission (FSC) is apparently working on implementing NFT rules, however this has not yet occurred. The intricacy of using exchanges with diverse travel rule systems is another possible source of discontent among investors.

There are two travel rule systems among the top four exchanges, Upbit, Bithumb, Coinone, and Korbit (with over 95 percent of the crypto market share). Upbit, which controls the majority of the exchange market, has implemented its own Verify VASP program, while the rest use a different approach. Yoon's Presidential Transition Committee is also "seeking to award more cash-to-crypto licenses to crypto trading platforms in an effort to dilute the local crypto exchanges oligopoly," according to the report.

Another related concern is Upbit's domination in the South Korean cryptocurrency market. What interests me is watching local banks make a deliberate effort to enter the crypto sector. The fact that Upbit controls over 80% of the market is part of the banks' motive to contact the next government.

Dunamu, Upbit's operator, reported a net income of 2.2 trillion won (about $1.8 billion) last year, up 46 times year on year.As it approached Woori Financial Group, a major banking group here, the news apparently "startled spectators." According to the Korea Herald, Woori had a net profit of about 2.6 trillion won in the same period.

Banks compete for a piece of the cryptocurrency pie.

Allowing banks to take apart on an equal footing with exchanges is a significant step forward, with ramifications for competition in both regional and worldwide crypto marketplaces. Since the ICO boom years of 2017/18, which attracted so many crypto businesses, we have seen a tightening of laws in Singapore.

This tighter regulation has pushed companies to relocate to more crypto-friendly Dubai, such as global exchange Binance, which recently abandoned its application to register in Singapore in favor of establishing a presence in the UAE.

The economic implications of not moving fast enough are also demonstrated in the United Kingdom, where, despite government ambitions for crypto growth, the FCA has been chastised for processing crypto license applications too slowly, preventing crypto businesses from operating.

So, while I believe South Korea will try to be more open, keeping all of the diverse sectors on board, from crypto industry stakeholders to expectant younger investors, will be a difficult task. The proof, as they say, will be in the pudding, since while the next government may talk about plans to legalize ICOs, they may only be available to persons with $1 million in assets in the fine print.

On the other hand, I agree with crypto pundits like Anthony Pompliano that South Korea's crypto aspirations might be a huge step forward on the global stage. Yoon Suk-yeol is the first head of state from a major economy to announce he intends to take crypto seriously, including public safety; however, outlined plans to establish a dedicated government agency for crypto and NFTs did not make it into the final version of his campaign commitments.

I recently stated on the same platform in Korea as a member of the People's Power Party that crypto and blockchain were the way of the future. We'll have to wait and see if that promise and potential are realized.