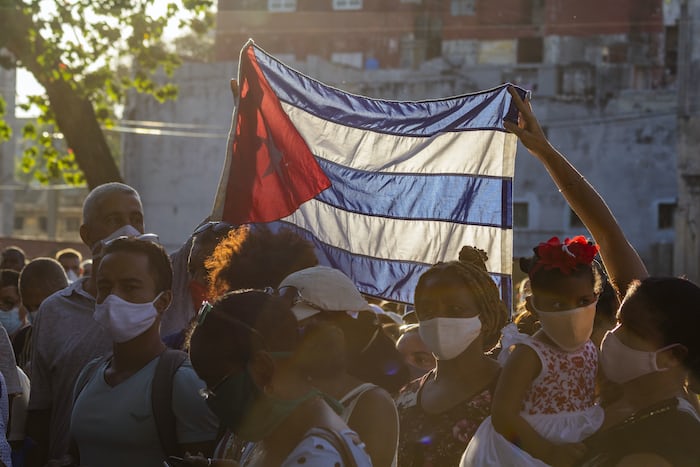 Due to US sanctions limiting the island nation's capacity to conduct foreign trade, cryptocurrency has become particularly appealing.

Due to the constraints imposed by US sanctions on the country's traditional payment rails, many Cubans are now using bitcoins as an alternative means of transaction. Over 100,000 Cubans are said to be exploiting digital assets, thanks to the arrival of mobile internet barely three years ago.

Nelson Rodriguez, a Cuban cafe owner who now accepts both Bitcoin and Ethereum, was recently interviewed by NBC News. He claims to believe in crypto's "philosophy," which includes free-market ideas, property rights, borderlessness, and censorship resistance.

Cuba, on the other hand, is ruled by the Communist Party, and citizens are unable to use globally recognized debit and credit cards due to US sanctions. In the region, Paypal, Revolut, and Zelle are all prohibited.

However, not with cryptocurrency: The Cuban central bank stated this month that it would begin distributing virtual asset service provider licenses. Eight months previously, the Cuban President was said to be looking into making cryptocurrency payments legal.

Given that multinational banks detected dealing with it face fines of hundreds of millions of dollars, the technique is revolutionary for the region. As a result, even if the Cuban government has the funds necessary for a transaction, making payments is a huge challenge.

It's not unexpected, according to Dr. Emily Morris, an economist from University College London, that the Cuban people is gravitating to cryptocurrency. "It would be interesting if you could perform transactions directly between two parties without going through a bank," she said.

Ernesto Cisneros, a Cuban musician who turned to NFTs after his company collapsed due to Covid 19 epidemic limitations, was also profiled by NBC. He now keeps track of his songs, films, and images on a blockchain and sells them online.

Since the United States sanctioned Russia in February, nations have begun looking into cryptocurrency's involvement in circumventing sanctions. While small Cuban coffee shops may be able to circumvent these prohibitions by employing crypto, Chainalysis says that this is not a realistic option for alternative national governments.

Changpeng Zhao, the CEO of Binance, has also indicated that using cryptocurrency for sanctions is a fallacy. He stated, "Crypto is too traceable." "The governments around the world are increasingly very good at tracking crypto transactions."