The Indian government has published a consultation paper on cryptocurrencies. 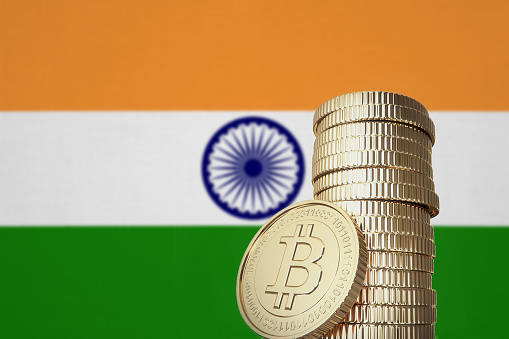 The Indian government has increased its efforts to provide much-needed cryptocurrency clarity.

After months of engagement with domestic and international partners, including the IMF and the World Bank, India is nearing the completion of a consultation paper on cryptocurrencies. The administration is "pretty ready," according to Economic Affairs Secretary Ajay Seth.

While speaking to reporters on the sidelines of an event, Seth emphasized the importance of reaching a global consensus on cryptocurrencies, adding that India would examine rules in other countries before choosing how to manage the massive business.

According to reports, he said:

"For starters, our consultation paper is nearly complete, and we've conducted extensive research and consulted not only domestic institutional stakeholders, but also the World Bank and the International Monetary Fund." As a result, we are hopeful that we will be able to complete our consultation paper soon."

Many crypto enterprises have been forced to migrate to a jurisdiction with friendlier legislation due to the Indian government's regressive "blockchain, not Bitcoin" policy. The draconian crypto tax legislation included in this year's annual budget were rushed through without input from experts or stakeholders in the sector, driving many investors away from local exchanges. Profits from cryptocurrency are now taxable at 30% under the new laws. Unclaimed losses, on the other hand, are not allowed to be set off or carried forward.

In yet another setback, the National Payments Corporation of India (NPCI), which supervises the Unified Payments Interface (UPI), recently issued an official statement explaining that no crypto exchanges are currently using UPI. For the uninitiated, UPI is a widely utilized instant real-time payment system that allows for inter-bank transactions to be completed using a mobile phone. Many domestic crypto businesses, notably WazirX, were already offering UPI services via mobile wallets when the remark was made. Other exchanges serving the country's crypto ecosystem's UPI services were soon suspended as well.

Within three days, Coinbase, which had only recently announced its debut into India, had halted operations. Brian Armstrong, the company's CEO, accused the Reserve Bank of India (RBI) of violating the Supreme Court ruling and applying "informal pressure." Meanwhile, the RBI is more interested in establishing an in-house CBDC and has acknowledged that it is researching the benefits and drawbacks of doing so.

The Indian digital asset industry has continued to flourish despite a lack of clarity and a hostile regulatory environment. India has made it to the top three countries where play-to-earn (p2e) games are thriving, according to Finder's NFT Gaming Adoption Report.