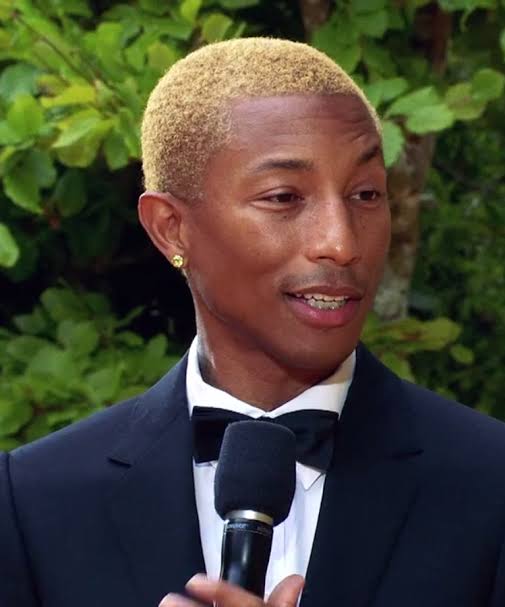 Pharrell Williams, a musician, producer, and fashion designer, believes that a revolution is on the way that will shake up the music industry, the banking system, and even government—and that blockchain and decentralized Web3 technology will play a crucial role in it.

During an onstage interview with entrepreneur and event creator Gary Vaynerchuk on Saturday, Williams—known for the hit songs "Happy," "Get Lucky" with Daft Punk, and "Drop It Like It's Hot" with Snoop Dogg—described his introduction to NFTs and how he sees the underlying technology empowering social progress.

An NFT serves as proof of ownership for an object, and they're frequently utilized for digital products including artwork, profile photographs, collectibles, and even music recordings. They can also enable access to restricted communities and activities, and are projected to serve as foundations for the metaverse—a more immersive future internet.

Williams stated that he became interested in NFTs a few years ago and that he was "late to it." Vaynerchuk responded with a facial expression implying that Williams' view was incorrect—that he was actually early to NFTs, considering that the market just began in 2021—eliciting laughs from the audience.

"When I say I’m late, it’s because I thought about it more than I did anything about it," Williams remarked. "And thoughts are awesome, because thoughts are things, right? But it doesn't really matter until you do something about it."

More recently, the 13-time Grammy Award winner has been investigating the creative potential of NFTs and the broader world of Web3 technology, particularly how it can disintermediate traditional music labels, entertainment studios, and distribution platforms, allowing for greater connection between artists and fans.

Music is a developing segment of the NFT market, and artists such as Snoop Dogg, The Chainsmokers, 3LAU, and Nas have been early adopters of using blockchain tokens to release music and provide additional benefits to fans, such as a cut of streaming revenues to those who purchase their NFTs.

According to Williams, the quick expansion of the NFT industry has significant drawbacks, notably for people who may enter only to gain money without a long-term vision. "You deal with people who are just hanging around, trying to catch a quick buck, " he explained. "You call them 'grifters,'" he says.

On the other hand, NFTs can supply artists with new forms of rewards. He mentioned that artists can receive secondary market royalties from NFT sales, which can be integrated into the smart contract (or underlying technology) that drives such goods. After the initial sale of a work, an artist may not receive any more advantage in the traditional space.

Williams spoke about a few Web3 projects he's working on, including the Gallery of Digital Assets, which he describes as "a safe space for traditional artists who’ve done really well to have a place where they can transition into the digital world." He stated that other platforms assist seasoned artists in entering Web3, but that it "might not be what you want it to be at the end."

Another project is Black Ambition, a nonprofit program that helps Black and Latinx entrepreneurs launch businesses. Black Ambition has a Web3 category, and the program offers mentorship as well as up to $1 million in cash to selected firms.

What is Web3's greater impact?

Finally, Williams feels that the stakes in the blockchain and Web3 space go beyond simply shaking up technology and entertainment. He believes that decentralized communities and producers will be able to make a substantial difference in the world by opposing governments that want to limit or eliminate human rights.

"You come here talking to the people about the blockchain and Web3. What you should know is, this is a moment in time where everything is changing right now," he remarked. "You all are looking at these old systems—you know that they're antiquated, you know that they don’t work. And you are standing up, and you’re saying, ‘No more.’”

He mentioned the recent market slowdown that sent crypto and NFT values plummeting, which contrasted sharply with the "summer camp"-like ambiance of VeeCon, but predicted that it would be only a temporary downturn as the underlying technology gained pace.

"Yes, we’re in a recession. Yes, your crypto is gonna go down like everything else. But you know what? It’s gonna hold, because it was founded on something very different than what Wall Street was founded on," he said, referring to the financial epicenter's past of slavery.

Williams went on to speak in grandiose terms about the potential for decentralized technology to upend current institutions and establish more fair models for all.

"Blockchain and Web3—it’s unlocking something that is scaring the system," he explained. "They are working really hard to put laws together to try to legislate around your concept, your idea. You all are the most powerful human beings on this planet. You don't know it yet."