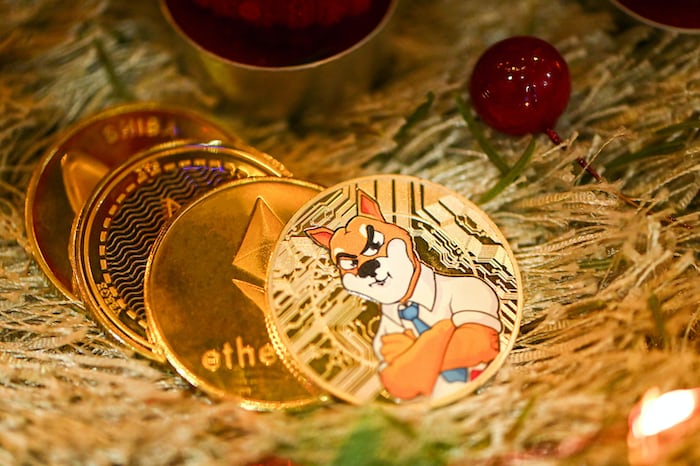 The adoption of the dog-themed cryptocurrency by Naples-based restaurant Welly has piqued the interest of the Shiba Inu (SHIB) community.

It's worth mentioning that Welly, a sandwich shop in Naples, didn't only include SHIB as a payment option; the company also redesigned itself to represent Shiba Inu.

Almost everything about Welly now has a Shiba Inu theme, and the eatery has developed quite a following among SHIBArmy, or Shiba Inu fans.

While some members of the Shiba Inu community have taken time out of their busy schedules to observe how things are doing over there, others who support SHIB have merely wished to eat the branded SHIB sandwich.

A SHIB fanatic documents his visit to Welly on tape.

SHIB Alexander, a Shiba Inu who is well-known on the social media network Twitter, is one among many who traveled a considerable way to Naples, Italy, to watch how Welly works.

SHIB Alexander emphasizes what Shiba Inu community members who have yet to visit the famed Naples-based sandwich eatery should know in a YouTube video released in February.

SHIB When Alexander visited Welly, he was accompanied by his brother and another Shiba Inu influencer.

He arrived in Naples early in the morning and spent some time around the city, which has some great hangout locations, including a harbour just a few meters away from Welly.

Because the seaport is perfectly placed near Welly, SHIB fans can enjoy the cool breeze of nature after purchasing their sandwich from the restaurant.

SHIB Alexander and his team arrived at the restaurant before it opened for the day, so they had to wait until later in the evening.

From their vantage point at the sea port, the SHIB dog mascot was prominently displayed as the restaurant's emblem and strategically placed at the entrance.

As they neared the restaurant, the SHIB mascot was visible to everyone, including passers-by, thanks to the LED light on the logo. The Shiba Inu emblem was on one end of the front doors, while a sandwich was on the other.

The Shiba Inu emblem is also plastered around the eatery, making it nearly impossible for anyone to miss them.

The restaurant's slogan, "I AM RYOSHI, WE EAT WELLY," is prominently displayed on the inner wall, giving Shiba Inu fans a sense of belonging when they visit Welly.

Aside from sandwiches, Welly offers a variety of other snacks such as chips and burgers, and customers may purchase soft beverages such as Coca-Cola from the restaurant.

Welly has clearly established itself as the Shiba Inu's native eatery, and more SHIB fans will want to travel to Naples to see for themselves.

The desire to open a Welly's franchise is growing.

Welly has grown in popularity in Naples so far, and the company's management hopes to spread its operations to other regions of the world by 2023.

Following Welly's popularity, a number of entities, including SHIB fans, have applied for a franchise to open a Welly's restaurant in their respective cities.

The eatery has received over 300 franchise applications, according to Shiba Inu principal developer Shytoshi Kusama.

The restaurant noted that it is currently examining the applications to guarantee that the best people are chosen to help it achieve its expansion ambitions.