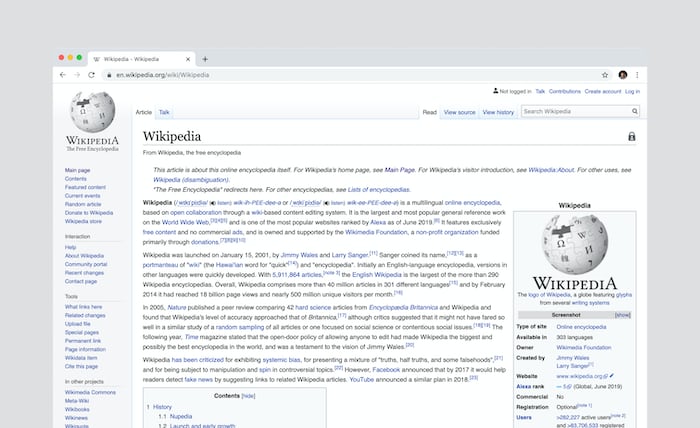 The Proof-of-Work (PoW) consensus process continues to be a source of concern for environmentalists. As a result, Wikimedia, the non-profit organization behind the popular online encyclopedia Wikipedia, has announced that it will no longer accept crypto donations.

The Crypto Association: A Threat To The Groups' Reputation

Wikimedia has announced that it would no longer accept cryptocurrency donations. The decision came after a three-month discussion among community members after editor Molly White, alias GorillaWarfare, raised the issue.

Molly White provided three justifications in her recommendation to the community for the foundation to stop accepting cryptocurrency. To begin, she argued that cryptocurrencies are "very dangerous investments," and that the foundation's adoption of the asset class provided an inadvertent endorsement to the crypto asset class, according to the Wikipedia contributor.

Second, White said that the foundation's adoption of cryptocurrencies contradicted its support for greener environmental practices, given the energy usage of Bitcoin and Ethereum mining. Finally, the editor reasoned that the status quo jeopardized their reputation, citing Mozilla's backlash as an example.

The organization ultimately decided to stop accepting cryptocurrencies after community members discussed it from January 10 to April 12, 2022, with 71.17 percent backing White's suggestion. Before this move, the foundation has been accepting Bitcoin, Wrapped Bitcoin, and Ethereum payments through BitPay since 2014.

The community's reoccurring reasons in favor of the proposal centred around environmental concerns and the risk to the group's reputation, according to the community. Simultaneously, the opposition pointed to the development of more energy-efficient cryptocurrencies, which allow people to make simple payments even in harsh regimes. In their statement, the Wikimedia Foundation stated that they would continue to monitor the situation, which could indicate that their decision may alter in the future.

Bitcoiners are preparing to stick to the consensus mechanism of the Proof-of-Work (PoW).

The PoW consensus technique has caused quite a stir in the cryptosphere recently, with environmentalists frequently equating the process' energy consumption to that of small countries. As a result, environmentalists and lawmakers have harshly criticized cryptocurrencies like Bitcoin and Ethereum.

In response to these issues, Ethereum's widely anticipated merging will use the more energy-efficient Proof-of-Stake (PoS) process. Bitcoin maximalists, on the other hand, are adamantly opposed to such a change in the Bitcoin network. The PoW mechanism, as opposed to the PoS championed by second-generation blockchains, is widely agreed to provide higher network security.